I honestly don't know how these little ones are 8 weeks already and headed to their forever homes.  We've had a blast seeing them grow and change - becoming playful, sassy, silly, loving, cuddly, funny and adventurous little pups.

First Playtime In The Pool (dry of course), November 29

A few days and these little ones will be 4 weeks old.  They are motoring about (though wobbly) and are finally as interested in us as we are in them.  :-)  A little hesitant at first, but now these pups are so excited (wagging their tail) when we bring them into the pool to play. 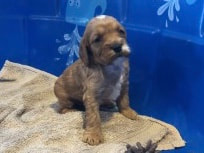 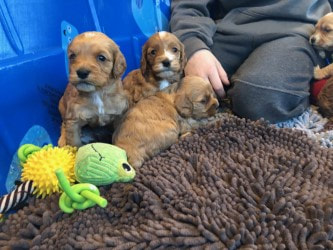 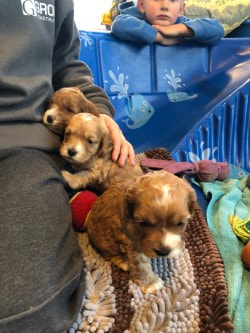 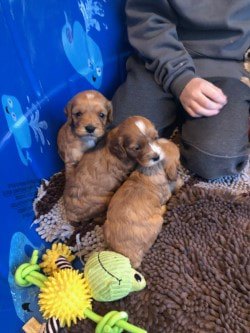 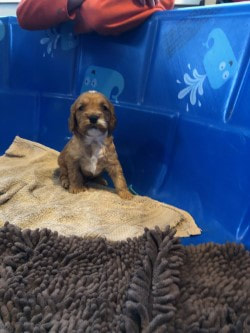 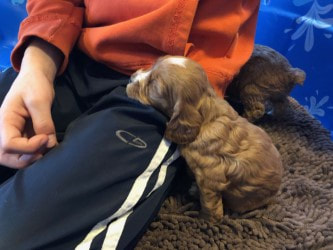 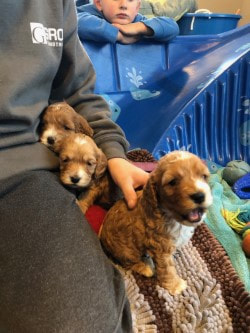 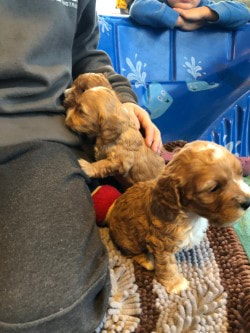 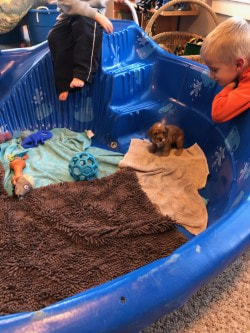 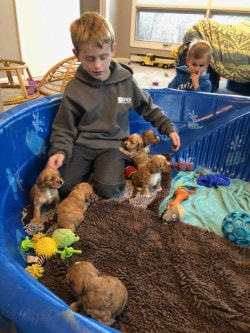 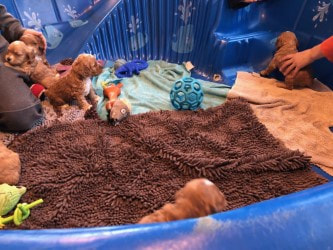 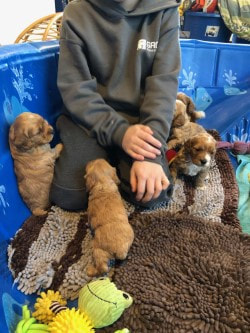 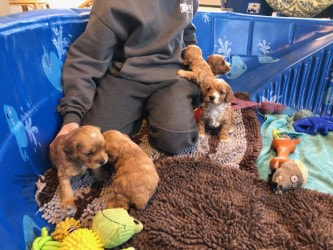 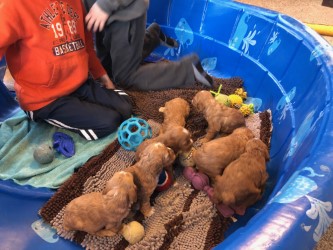 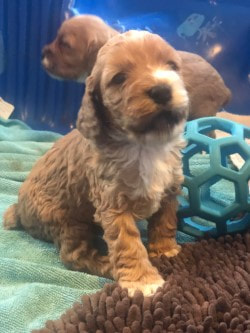 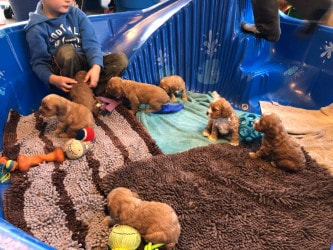 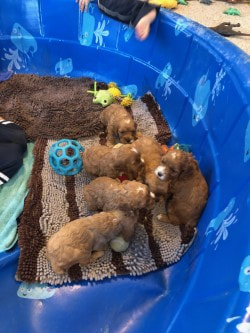 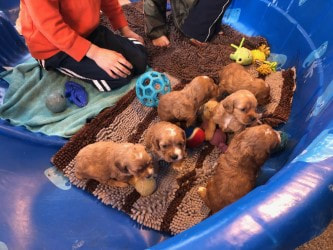 Can I say this is one of my favorite milestones, opening of the pups eyes?  Well, it is.....though I think pretty much every stage is amazing, fun and kind of mind-blowing....in 8 weeks the changes these little bodies go through is nothing short of fascinating!!  Typically at two weeks eyes open, so yeah - these guys are advanced (ha, one day early).  :-)

My boys are still OBSESSED with Pokemon, so the pups have been named accordingly (and with over 800 characters we might be on this for a while).  ;-0

Starla had her litter a few days before her estimated due date.  Momma Starla was quite thoughtful and had her litter during the day on Sunday (first pup was born at 11:30AM though I had spent the last 2 nights on the couch to keep her company).  Starla did a fantastic job and had a beautiful apricot (with white markings) litter of 7 pups (3 boys, 4 girls).

Below:  Reid and Drew love to help me with anything puppy related - to include being my designated "puppy holders" during multiple daily weigh-ins. 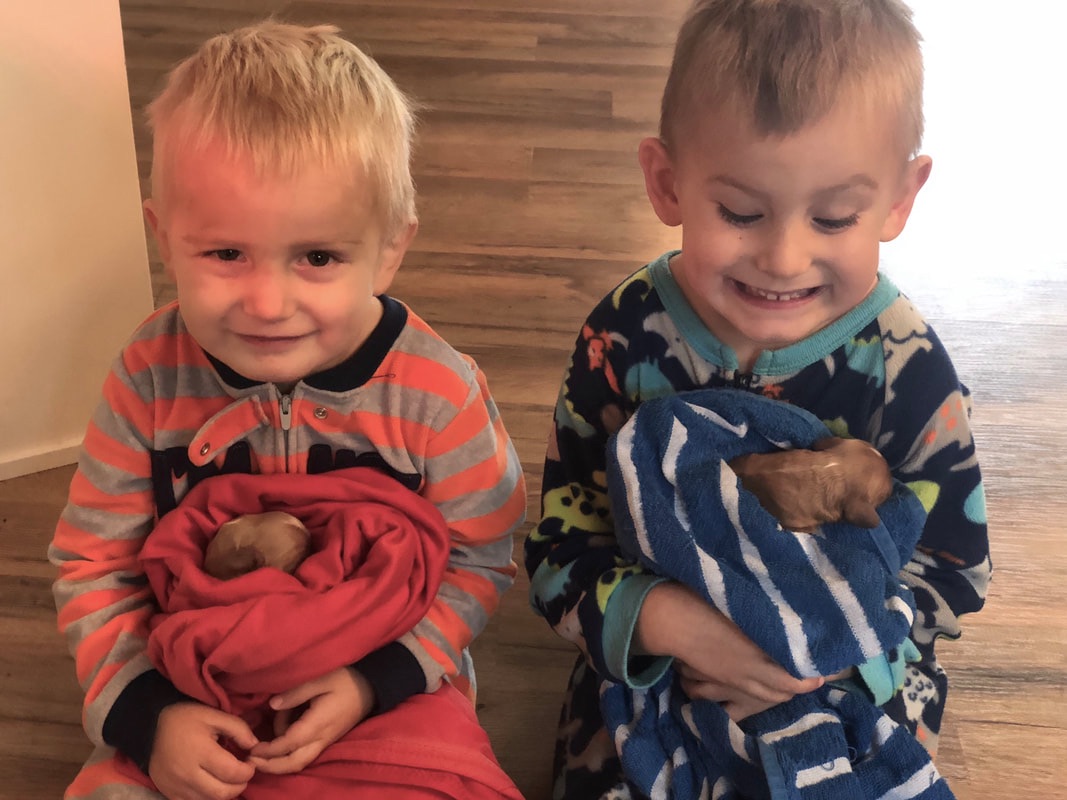