Scout and Anton’s puppies are nearing the day they depart for their new homes. As their new families are finishing gathering supplies, setting up puppy spaces, and watching puppy preparation videos, we are finalizing paperwork, getting the final thumbs-up from the vet, & snapping pictures of these sweet pups bounding through the fall leaves.

We know we’ll never forget the joy we’ve felt in watching Scout as a mom. We can never be entirely sure how a first-time mom is going to take to her motherly duties. Well, Scout has been a superb mom all-around, with a devout attentiveness to the newborns’ needs and an easygoing tolerance of puppy antics. Her disposition to always keep cool, embracing both the opportunities to play but also to cuddle and chill, appear to have been passed on to these lovely 7.

New families, as you take these precious PercyJacksonPups into your lives, seeking to meet all of their needs, we hope you’ll feel the love and affection they want to share back to you.  And please remember we love when you text us pictures and updates!
Leo: his new home is in Worcester, MA!
Piper: loving her new family in North Reading, MA!
Frank: will be calling Townsend, MA home!
Hazel: her new home is in Concord, NH!
Annabeth: going home to Dracut, MA!
Percy: greeting his new family in Skillman, NJ!
Jason: his new home is in Kensington, NH!

The #PercyJacksonPups are 5 weeks old today and have entered into yet another new phase, their next socialization period. No longer is life just about Mom, the one with the warm milk; they look up at us with their heart-grabbing eyes and ask for our attention with their little cries. Just like their mama Scout, they make adorable little grunting noises when we scratch their ears! The adoration and need for each other is mutual!

Potty training is progressing with A+ scores all around - it’s outside or in their alfalfa tray only (thank you, smarty-pups!) This week and the weeks following include so many firsts — first time outside, in the arms of kindergarteners, taking treats, navigating barrier challenges, clicker conditioning, & playing with auntie dogs of various ages and sizes. Add to that daily new toys, new sounds, and new weather (falling leaves to puppies are like bubbles to 3 years olds!), and it’s no wonder they sleep so well! Saturday will be a wonderfully exciting day meeting their new families. The weather is projected to be beautiful!
Piper: female, solid black, 3.8 lb
Frank: male, buff/cream with white on head, 3.4 lb
Jason: male, buff with cream blaze on head, 3.3 lb
Percy: male, black with chin stripe and white back feet, 3.4 lb
Annabeth: female, buff/cream, liver nose, 3.3 lb
Hazel: female, black with white chin and feet, 2.9 lb
Leo: male, chocolate with white markings, 3.6 lb

Scout’s #PercyJacksonPups turn 3 weeks old tomorrow! Their eyes opened a little earlier than usual, rushing in that profound level of human-dog bonding that can only come with locking eyes!

Piper, the firstborn, remains the largest and Hazel, the middle-born pup who came swimming out with nary a push from Scout, sac-free, is still the smallest. As they snooze in their pen next to where we eat and do schoolwork, we get to cast glances away from the books to dote on their slumber-induced stretches and twitches.

We’ll see potty behavior advance a lot this week as they find their legs to be more reliable under them — enough so to carry them fully away from their sleeping “nest” in “time”!  Since they’re going longer between feedings, Scout is able to get out for the pre-motherhood excursions she has always enjoyed around our property and house. It’s beyond well-deserved, Scout, as you’ve grown and nurtured these puppies in the best way imaginable. 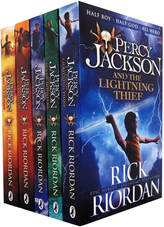 Scout delivered her babies quickly and gracefully on Wednesday afternoon—all during daylight hours! The first five puppies came over the course of one hour, and the last two came within two hours. This is Scout’s first litter, but you would never know it by how swiftly she took to taking care of her colorful babies.

The pups are all nursing well and growing cute little milk bellies. Later this week we’ll start Early Neurological Stimulation and some daily individual cuddle sessions with these cuties.